"You are witnessing our annihilation..." - Bank teller in Ramallah

For most of my life, the only images I ever saw of Palestine were crying women and stone-throwing youth. The US media does a terrible job of portraying Palestine, even the progressive media. I was contemplating whether or not I should post some of the photos below because it reinforces a certain image of Palestine that already saturates the media. This was not the Palestine that I experienced. It was certainly part of it given that it's under a military occupation, but it's really important to portray the joy, resilience and life that was present in every second of the day. However, to not show the occupation is equally problematic. 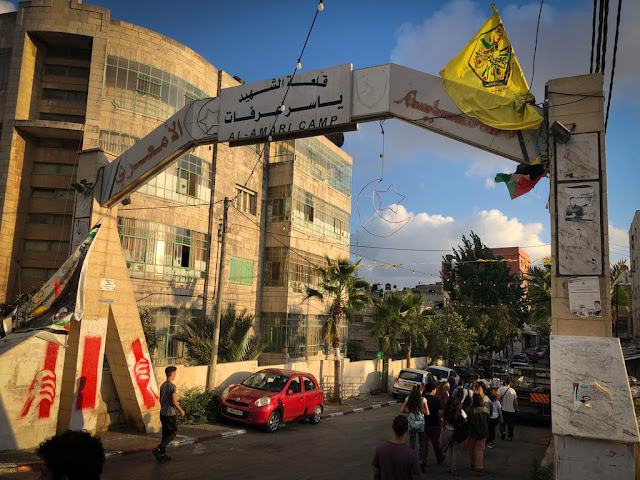 The entrance to the Al-Amari Camp. Many of the camps have large keys near the entrance. The key is a symbol of the Nakba - the catastrophe, the final turn of the house key and displacement of 750,000 Palestinianian women, men and children who were thrown out of their homes in 1948. Many of these people still hold on to their house keys. 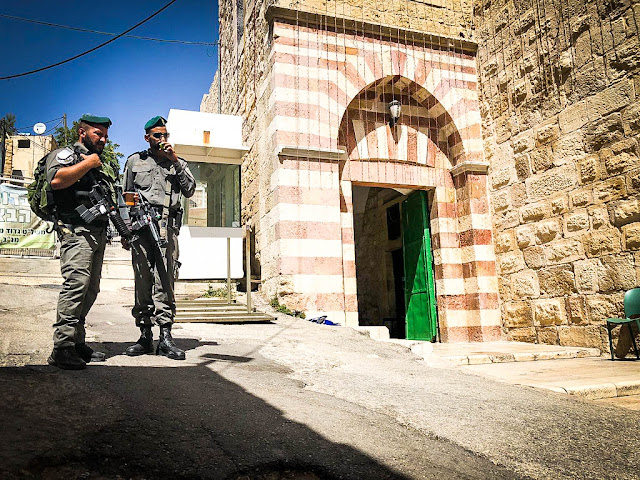 Israeli soldiers outside of the Ibrahami Mosque. To enter the mosque you have to go through several checkpoints (see one below) and show your passport. 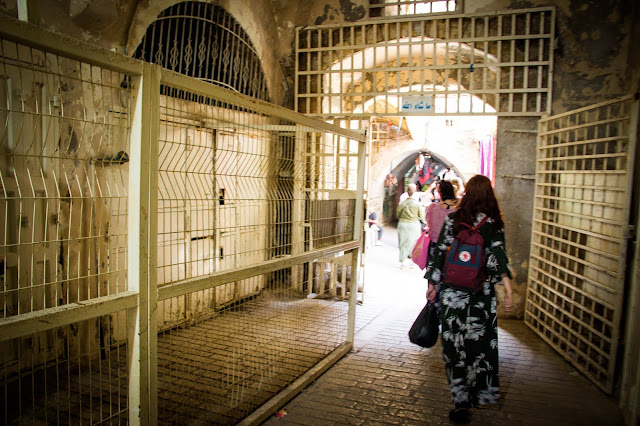 Below: Handala on the wall of the Aida Camp in Bethlehem. Handala was first created by Palestinian cartoonist Naji Al-Ali who wrote: “The child Handala is my signature, everyone asks me about him wherever I go. I gave birth to this child in the Gulf and I presented him to the people. His name is Handala and he has promised the people that he will remain true to himself. I drew him as a child who is not beautiful; his hair is like the hair of a hedgehog who uses his thorns as a weapon. Handala is not a fat, happy, relaxed, or pampered child. He is barefooted like the refugee camp children, and he is an icon that protects me from making mistakes. Even though he is rough, he smells of amber. His hands are clasped behind his back as a sign of rejection at a time when solutions are presented to us the American way." Read more here. 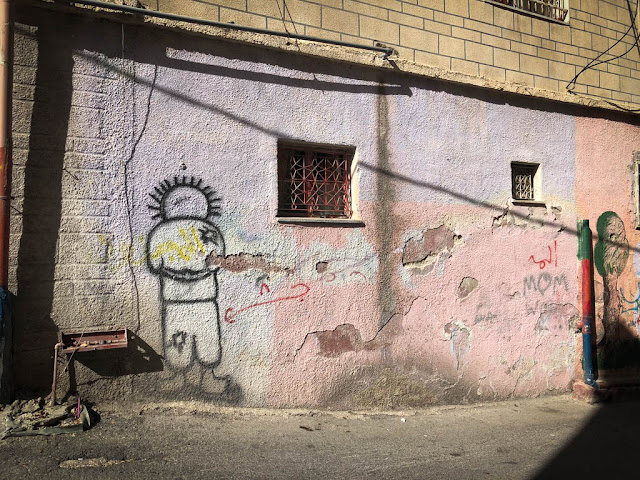 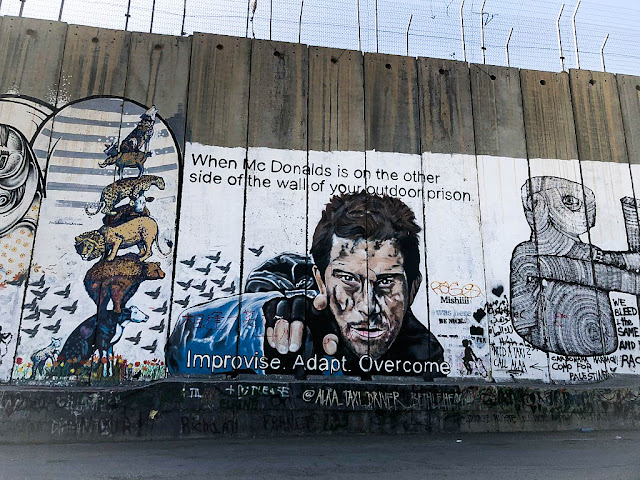 A mural on the wall in the Aida refugee camp in Bethlehem. 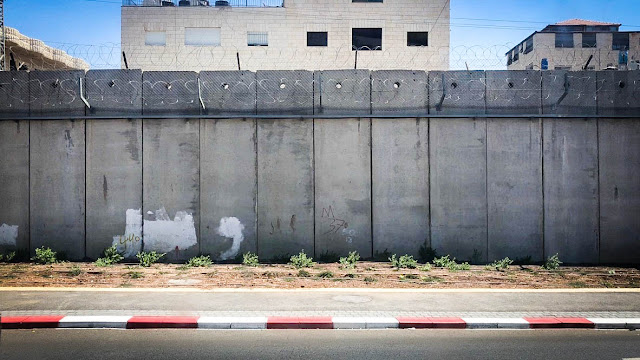 The other side of the wall - Jerusalem. 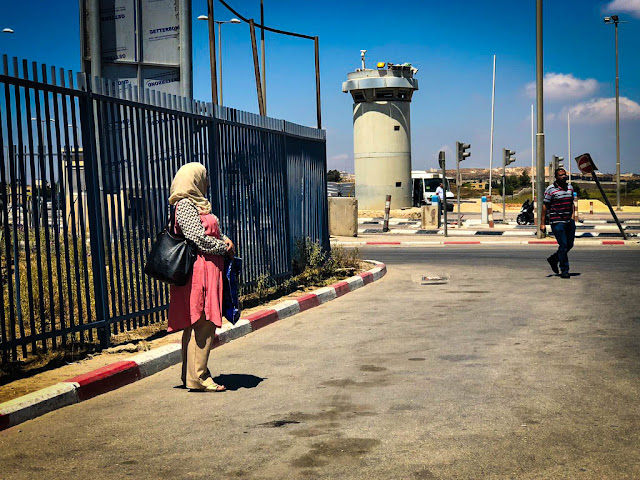 A woman waits for a bus to get from Ramallah to Jerusalem. Distance wise, the trip should be less than thirty minutes but because of security, it took us three hours. We switched vehicles several times. We were fortunate that our American passport allows us to visit Jerusalem. Many of the youth we worked with are not allowed to visit. 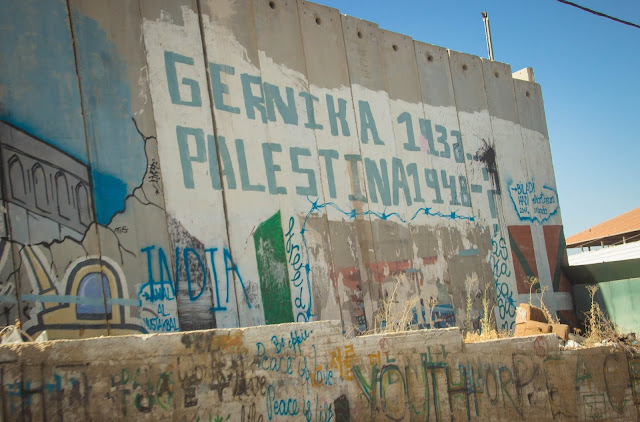 Gernika refers to Guernica, the town that was razed by German soldiers during the Spanish Civil War. The attack specifically targeted civilians and was the topic of the famous painting by Pablo Picasso. 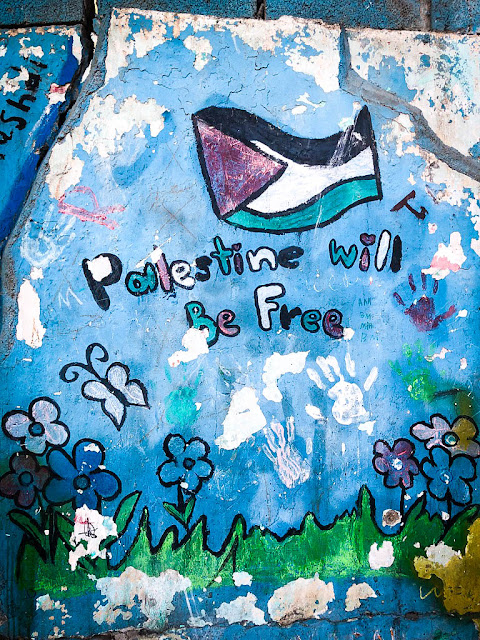 One of the murals in Ramallah asked "These Walls Can Talk - Will You Listen?" and that is the question.

When is the world going to listen?
Posted by introublewiththeking at 5:17 PM