I love Coney Island. This doesn't come as much of a surprise to folks who know me well. At first, it started out as sort of a joke. I didn't really love it as much as I said I did... or maybe I did, I don't really know. It's campy, loud and kind of dirty. The food is expensive (though totally fulfiling boardwalk goodness) and at least once per year the Cyclone gets stuck and riders have to be evacuated. However, despite some of these quirks, it truly is my favorite place in the world. Maybe it's because I grew up on the Jersey Shore and this place reminds me of home like no other... or maybe it's just the diverse community of people enjoying themselves at the beach... or the beach itself... whatever it is, nothing grounds me as much as a few hours at Coney Island.

For years I've been going down to Coney Island at all times of year (the dead of winter is the best) to take photos. At some point, I'll pick the best ones out. Yesterday I only had my iPhone with me, but for a little phone, it takes wonderful photos. I call this mini photo essay "Three hours in Coney Island". 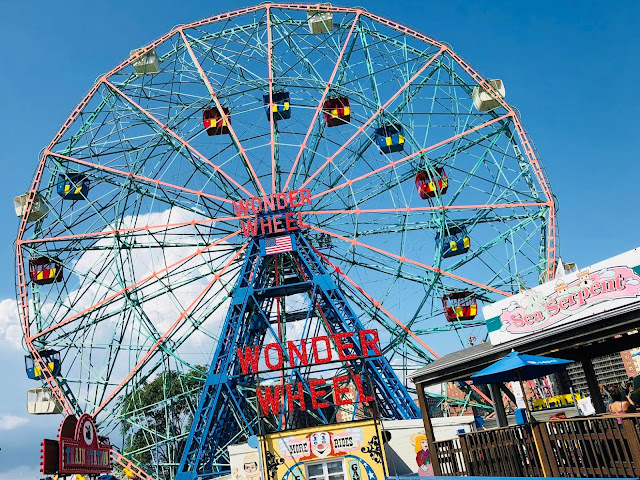 The classic Wonder Wheel shot. Without a photo of the wheel was I really even in Coney Island? If you have 3 hours in Coney Island, you must ride the Wonder Wheel and Cyclone. Both require separate payment at the entrance (and don't take tickets). One has to get at least one ride in each season. I have not been on it yet this season but there is time... I mean, only 2 more weeks until school starts. Clearly, I better get on this... 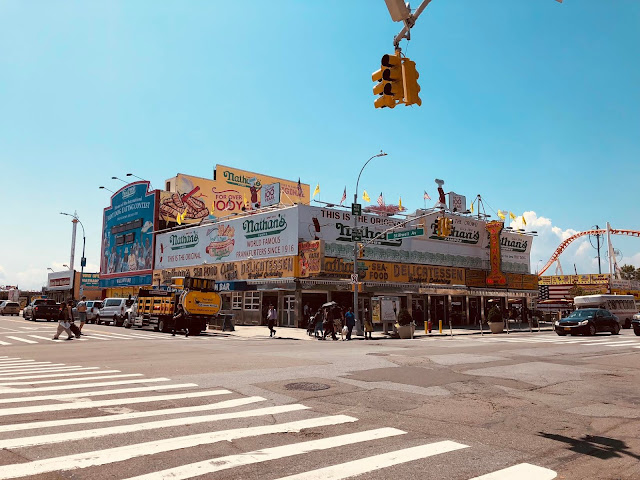 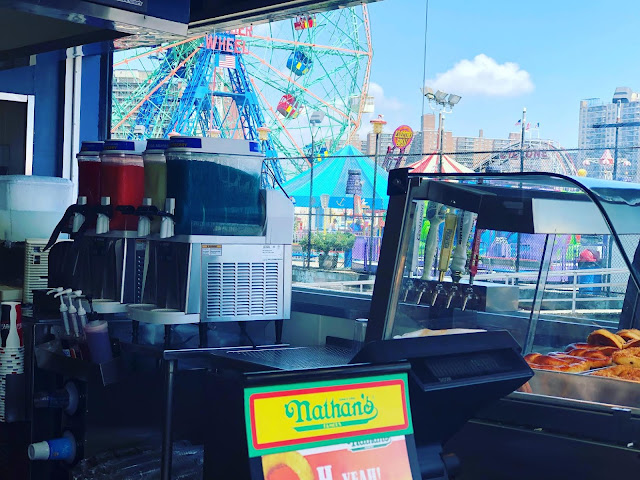 The Nathan's website offers suggestions for how to dress your dog but I prefer the classic - sauerkraut, relish, mustard and ketchup. Utter perfection. 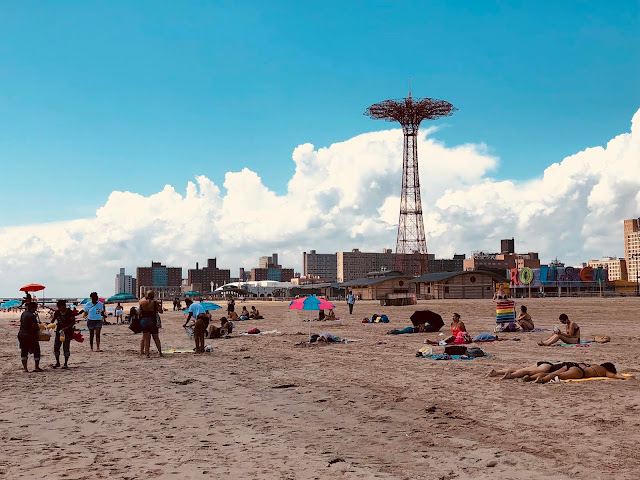 The water was cleaner than I've ever seen it before and those unfriendly clouds provided some much-needed shade from the sun but sure caused some havoc on the walk home. 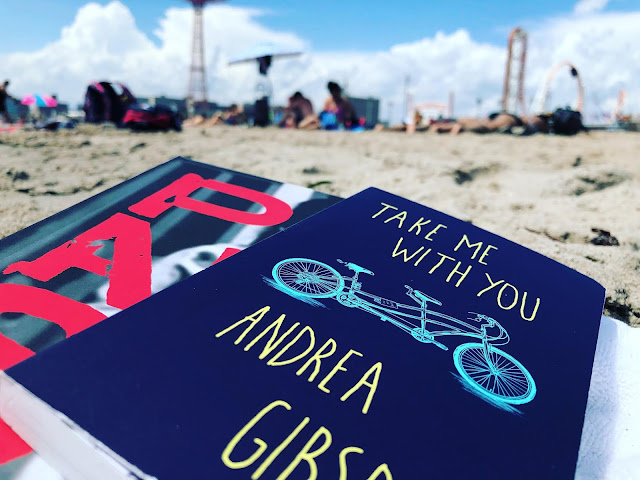 I was supposed to be reading theory for school but somehow the theory turned to poetry. Andrea Gibson speaks to my soul in a way that very few humans can. I tried to get their latest book but it wasn't available at The Stand yet.

Closing with some necessary inspiration from Andrea Gibson... 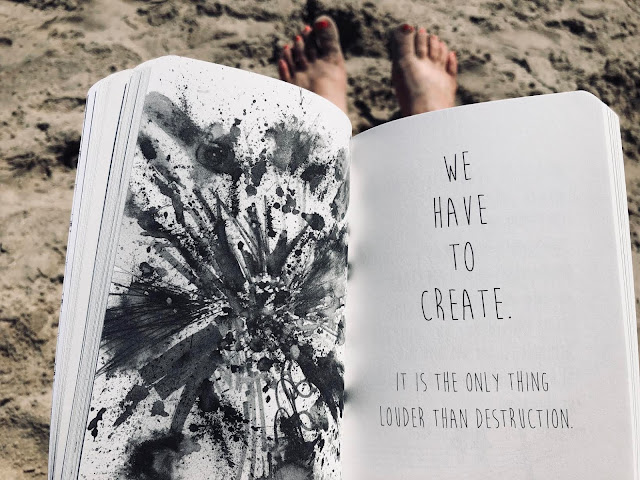 Posted by introublewiththeking at 6:41 AM